Award Physical Recreation programmes are contained in the publication Programmes File, available from Award Scheme Limited This is an expensive item, and a distribution of one per Area / Company would be reasonable.

While working for the Army Proficiency Certificate (APC), all Army Cadets will participate in Physical Achievement.

A more detailed description of this programme can be found in the APC Syllabus.

What is it?
A series of tests of agility and muscular endurance. Improvement is measured by allocating a points system to each test. Physical Achievement can be used in conjunction with any general fitness programme. The APC use Physical Achievement tests at each star level, details are given in the APC Syllabus. (Note: Skipping has replaced Bailey Bridge in the Award tests).
Safety Message
Physical Achievement sessions should be supervised by an Adult with a compete understanding of the nature of the exercises. Cadets should not be encouraged to attempt exercises beyond their capabilities.

A suggested method of running the tests is:
Base line assessment: best score following a period of introduction to techniques etc. Base line improvement: improved performance will be indicated by improved scores during the period of participation. A useful scoring system is given in the APC syllabus (Annex E to Section 1)
Review/Assessment
Progress should be monitored by an Adult with knowledge of the tests.

The study and practice of drill, its use and history.

Cadets should only undertake practical drill sessions within their physical capabilities

Cadets should select ideas from the list below according to their interest, and the length of the period of activity. During the course of the studies the cadet should be progressing in the Drill, Turnout and Military Knowledge syllabus of the APC (ACF). It is not acceptable for Ceremonial Drill to consist solely of practical sessions.

Make a study of services, such as the Armed Services, who require good drill to carry out their duties. Understand the significance of drill in training

Investigate drill carried out in National Voluntary Youth Organisations, and note the variations

Participate in Church Parades and other ceremonies such as Remembrance day, and research the history of the occasions and parading of flags and banners.

Study the history of the carrying and parading of Colours by the Army.

Study the bands and marching of non military organisations.

Research the format of, and if possible visit, a major event involving drill such as Trooping the Colour, the Edinburgh Tattoo etc.

Study the history of the Changing of the Guard, the Keys ceremony at the Tower of London or a similar event.

Be aware of the role of drill through history. If possible visit a site of historical interest i.e. Roman fort, Civil War Battlefield, First World War

battlefield and investigate the drill or battlefield tactics of the period.

Practical progress should be assessed by an Officer or AI approved by the County Training Officer to conduct testing. Studies and investigations may be assessed by a suitably experience person e.g. serving or retired Serviceman or woman, Military Historian, Military Museum curator, senior non commissioned ranks in other uniformed Voluntary Youth Organisations etc.

The Armed Forces have traditionally used badges to identify themselves, to record achievements and qualifications, and local connections. This is collectively known as Insignia, and includes cap badges, shoulder titles, flashes, regimental devices and qualification/skill badges.

The Cadet should make a study of badges and other insignia, which should be built up over the period of involvement. As time permits other topics as below should be included.

Make a study of as many cap badges as practicable, with a sketch or photograph.

Know the official title, nickname if applicable, order of precedence and three major battle honours of the Regiments selected above.

Visit a Military museum dedicated to at least one of the Regiments studied, and produce an account of the visit.

drawings or cut-outs of the headgear, showing how badges were worn.

Study the history of a number of Regiments

Visit other Regimental or Military museums, and record details of the visit with sketches of some of the exhibits.

The assessor should make regular inspections of the collection and of notes kept of any other project undertaken. Assessment may be undertaken by any person with the necessary military background.

Learning how to play a musical instrument. The examples given are those likely to be followed by Cadets who are members of a Band or Corps of Drums.

Cadets should select items from the list below appropriate to their ability and preference.

Have a high standard of turn out, and be able to keep the instrument clean

Be able to march well (not playing) carrying the bugle or trumpet in the right hand with the bell on front right hip, attention to be paid to swinging the left arm.

Be able to play the five notes of the bugle or trumpet.

Research the history and development of bugles and/or trumpets.

Be able to take part in the bugle or trumpet marches

Carry out the bugle or trumpet drill movements as used in the Cadets unit.

Be able to play as many as possible of the following calls: Orderly Sergeants, Double, General Salute, Dismiss, Fire Alarm, Warning for Parade (Half Hour Dress)

Continue to build up a repertoire of calls and tunes. 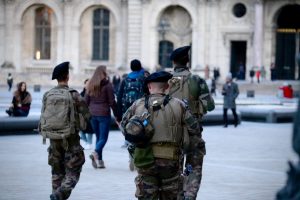